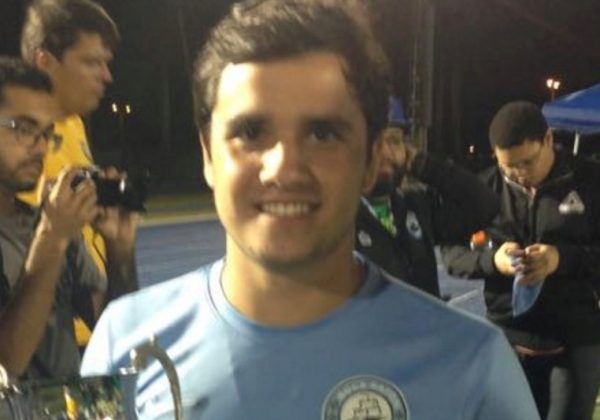 My name is Rodrigo Picchioni, I am 21 years old, from Brazil, and currently still in graduating school at Lynn University (Boca Raton, FL). In my graduation I currently study marketing and sports management, alongside with attending the university I am currently the coach of the U23 academy team for Boca Raton FC. I am expected to graduate in May of 2017, however I would be able to attend the first module of the program in March/2017. During my final semester, and even more after graduation, I want to be even more immersed in the world of football and I believe that the High Performance Football Coaching graduation would be a great first step.

As I watched the videos from the previous editions, it did come to my attention the qualification of the students. Many of them being professional coaches already, or an academy coach at a big European team. I do realize that I do not have this kind of credibility, however I do believe I have a good interpretation of the game. I have done two courses that helped me a lot to formulate and apply ideas and concepts about football. These courses were: Preparing For The Game Using The Game, ministered by Oeste’s assistant coach Eduardo Barros. In this course, that has a focus on a systemic analysis of football, I learned a lot about training methodologies and aesthetic-based point of view of how a team should play. As the name of the course indicates, I learned about the importance of formulating training sessions that are cohesive to the way a coach wants his team to play. The second course that I attended was the Performance Analysis and Scouting at the school The 360. The course’s teachers included some of the best performance analysist in Brazil including Palmeira’s performance analyst and São Paulo’s performance analyst. At the lectures I learned how to identify patterns of play by the opposition and your own team, I learned how to evaluate potential signings and players and I learned how to observe a training session from an analyst point of view. I have actually applied some of the contents from this course during this semester, I was the performance analyst for my university football team which plays in the NCAA D2.

I would like very much to have the opportunity of doing this post-graduation course, it would be extremely beneficial for me to learn about football from the best. Attending this program would completely change my life and it would put me in another level of comprehending and applying my own concepts of football in my teams and in my life in general. As mentioned before, I realize that this is a very competitive program that only a few will have the chance to attend. I don’t own any coaching badges, I currently don’t coach any big team and I might be too young, however I am certain that this is the right step for me to take