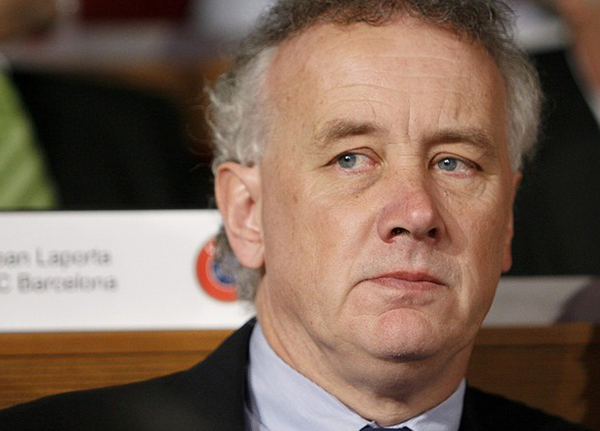 Parry was recruited from his position as a senior management consultant with leading UK firm Ernst & Young in 1991 to assist in planning the new Premier League. Appointed Chief Executive in February 1992, the competition was officially ratified just seven days later by The Football Association, allowing Parry to proceed with negotiations for a television deal which was eventually awarded to BSkyB and the BBC for a then record bid of £214 million over five years.

Parry’s experience is not confined solely to football, having prepared Manchester’s bid for the 1992 Olympic Games in 1985 and later advised the Birmingham Olympic Games Council on financial matters. In the following year, he spent six months on a major assignment for The Football League before assuming the role of Chief Executive to the Manchester Phoenix Initiative, a major urban regeneration project which culminated in the establishment of the Central Manchester Development Corporation.

When Manchester secured the British nomination to bid for the 1996 Olympic Games, Parry was seconded to the bid committee for two and a half years as full-time Director supervising, amongst other responsibilities, the planning of a £750 million Olympic Centre. Parry was appointed as chief executive at Liverpool in July 1998, by then chairman David Moores.