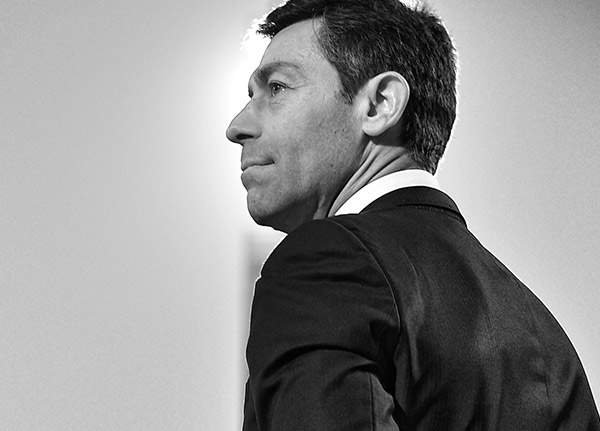 Pedro Caixinha is currently the head coach of Rangers Football Club. He joined Scottish Premiership club Rangers on a three-year deal on 11st of March 2017, after worked 2 seasons in Al-Gharafa in Qatar.

Before the experience in Qatar, Pedro Caixinha was working in Club Santos Laguna as head coach. He won all the Mexican trophies in season 2014/15 (Mexican Cup Apertura 2014, Mexican League Clausura 2015, and Mexican “Campeón de Campeones” 2015), as well as achieved the final of CONCACAF Champions League 2013. On 15th of August 2015, after won all of this, Caixinha decided to quit to work in Al-Gharafa.

In addition to academic License and Master Degree in Sports Science (namely in Methodology of Football Training), Pedro Caixinha have also the highest international level License for a Football Coach <UEFA PRO>, taken at the F.P.F. – Portuguese Football Federation.

Pedro started his career as Head Coach in the year 1999 (with 28 years of age), in his hometown football club C. D. Beja, coaching the young and the main teams during a period of 4 years. After that, he moved to the neighbor city of Vidigueira, to coach C. F. Vasco da Gama during 1 year, when he traveled to Lisbon, to make part of the world-renowned Scouting Department of Sporting Clube de Portugal, club where he started to work as Assistant Coach as well, in 2004.

After Sporting C.P. reached the final of the UEFA Cup, he leaved the club and continued to work as Assistant Coach of José Peseiro in Al-Hilal F. C. of Saudi Arabia, Panathinaikos of Greece, Rapid Bucharest of Romania and National Team of Saudi Arabia where, besides Assistant of the main National Team, he was challenged to take charge of the K.S.A. Olympic Team in 2010, leading the “Project LONDON 2012”, when he received an invitation to return to Portugal and start coaching at the highest level, as Head Coach, in the Super League club U. D. Leiria. One year later he was asked to lead the project of the C. D. Nacional of Madeira.

On December 2012, Pedro Caixinha signed with Club Santos Laguna of Mexico and Managed the team during almost 3 years, until August 2015.

During the first period of one and half years in charge of the team (3 tournaments), he achieved the Playoffs (La Liguilla) of the Mexican League (LigaMX), 3 consecutive times, reaching always the semifinals of the competition.

Meanwhile, he qualified the club to the Final of the CONCACAF CHAMPIONS LEAGUE 2013 and achieved the historical qualification for the CONMEBOL COPA LIBERTADORES 2014 (the 2nd time in the history of the club Santos Laguna, 10 years after their 1st and unique participation until that moment).

At the end of the season 2013/14, Pedro Caixinha was on the “Football Coach World Ranking”:

Following the Apertura 2014 tournament, on October 2014, he achieved the title of CopaMX (MEXICAN CUP), for the first time ever, in the history of the Club.

Showing and proving the excellence of the work made by Pedro Caixinha’s coach team, Club Santos Laguna was named “the 2014 BEST CLUB of all CONCACAF region”, by the IFFHS (International Federation of Football History and Statistics) on the “Club World Ranking 2014” annual report, published on January 13, 2015, where Club Santos Laguna is listed, for the first time ever, in the group of the best 100 clubs of the world, coming in the 58th position, of the Best Clubs of the World.

Following the amazing achievements of 2014 described above, Pedro Caixinha started 2015 doing a deep restructuring/renewal on the squad, where the most valuable, experimented and influential players of the team left the club, transforming the team to the youngest squad of the LigaMX (average 23,5 YO). Even so, he achieved sensationally the title of Champion of LigaMX (MEXICAN LEAGUE)!

With this title, Pedro Caixinha is the most victorious coach in the history of the club and the first European coach to win the LigaMX in the last 35 years!

Personally, he was awarded by the LigaMX (Mexican League) with the Trophy of the Best Coach in Mexico!

Immediately after that, in the beginning of Apertura 2015, Pedro Caixinha achieved another historical Trophy with Club Santos Laguna, the Campeón de Campeones 2015 (1st time ever in the history of the Club), beating America FC in the Final, and fixing 3 Stars with his name in Santos Laguna’s Stadium!

After this last achievement, Pedro Caixinha decided to leave the Club Santos Laguna, on August 15th, 2015…

Pedro Caixinha, is known for his strong and determined character, with great leadership and work spirit (as a team and for the team) where he shows his immense entrepreneurial capacity, putting in practice a modern and innovative training methodology, idealizing, using and taking advantage of new technologies that we currently have available and that are both pleasing to all athletes, motivating and strengthening the unity of the working group, thereby enhancing the final results to be achieved.

His strongest concept is “dominating all the moments of the game”.

All session by Pedro Caixinha