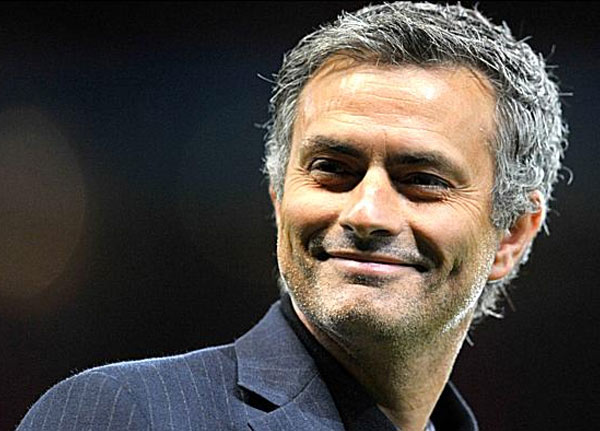 José Mourinho is currently the head coach of Manchester United FC. He has been awarded the Coach of the Century by the Portuguese Football Federation and the first FIFA Gold Ball winner for world coach of the year in 2010. José won a total of 22 national and international trophies, in some of the major recognized competitions across Europe.

José is son of an ex-football coach, Mourinho Felix, and started very early breathing, living and assisting his father in soccer coaching. Between 1982-86, José studied Sport Sciences, with a specialization in football, at the University of Lisbon. During the next 14 years, José acted as assistant coach in several clubs like Sporting CP, FC Porto and Barcelona, working side-by-side with coaches such as Bobby Robson and Louis Van Gaal.

His exceptional managerial career started in 2000 in SL Benfica. In 2002 he moved to FC Porto. Between 2002 and 2004, José won two Portuguese Leagues, one Portuguese Cup, one UEFA Cup and one Champions League title.

In 2004 Jose moved to Chelsea FC, where he succeeded by winning two Premier Leagues and one League Cup.

Between 2008-2010, José led Internazionale to win two Serie A leagues, one Italian Cup, one Italian SuperCup and a Champions League title. Then, José moved to Real Madrid. In Madrid, José won one Copa del Rey, one La Liga title and one SuperCup. In 2013, José returned to Stamford Bridge and won the Premier League title in 2015.

During his exceptional path, José was condecorated in 2009 with the Honoris Causa Doctoral degree, by the University of Lisbon. Currently, José is coordinating and teaching at the High Performance Football Coaching as a way to share his expertise and inspire other promising football coaches!

All session by José Mourinho