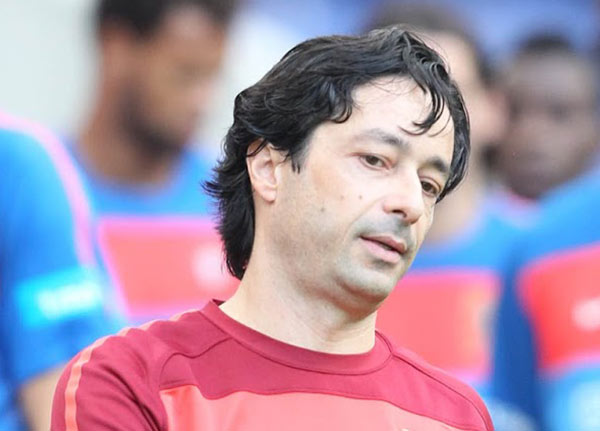 João Aroso is currently the head coach of Sporting Clube de Braga B and Lecture of Football at the Faculty of Human Kinetics of University of Lisbon. He is also doing a PhD in Sports Coaching.

João started his career as Assistant Coach in professional soccer at Sporting Clube de Portugal in 2003, a few months after completing his Master Degree in High Performance Training at Oporto’s University.

He was at the club for six seasons, working with Head Coaches such as Fernando Santos, José Peseiro and Paulo Bento. During these seasons, Sporting was once the UEFA Cup runner-up, four times the Portuguese League runner-up, won two Portuguese Cups and two Super Cups.

In 2005 he also had a short passage by AEK Athens as Fernando Santos’ Assistant Coach.

In 2010 he moved with Paulo Bento to the Portuguese National Team, getting the qualification to the Euro 2012 (being semi-finalist) and the World-Cup 2014.

Recently he cooperated with a Portuguese TV channel (Sport TV) as football commentator.

All session by João Aroso