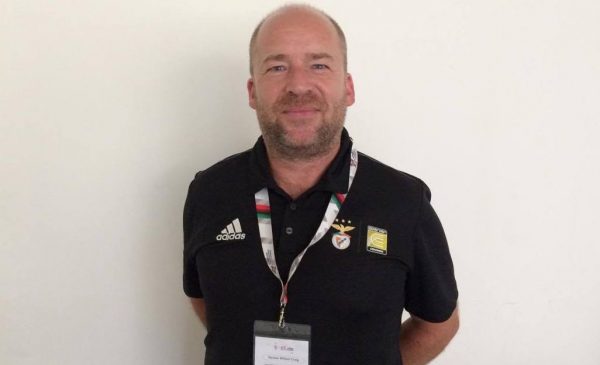 I have been in football all my life and started coaching at a young age, when I was inspired at the time by Coerver Coaching. My coaching career started because of my love for the game and thirst for knowledge. I played at Junior level in Scotland and although I loved to play, I was never going to make it my career. I found myself drawn to coaching and was on my first coaching course with the Scottish Football Association as a runner at the age of only 16 and at 18 years old took my first coaching C license.

I have travelled the world coaching and now find myself lecturing and presenting coach education courses globally. I still feel however I have much to learn and want to further develop my coaching career. I enjoy working with top young players and would like to further my work in this area. I also enjoy to educate coaches. One day I would like have a big influence at a club implementing a model of play and culture top to bottom.

I regularly present my work through coach education to club coaches and even to The Scottish Football Association and have also presented to The Saudi FA, Glasgow Rangers FC, Heart of Midlothian FC, FC Plzen and Sunderland FC just to mention just a few.

In 2012 I was employed full time by the Scottish F.A. as part of their newly then formed national performance department. I left the post 3.5 years later as I wanted to further expand and develop my knowledge and career. I worked their everyday coaching one of the national performance schools and was assisting the National team head coaches up to u19s in gatherings and tournaments. I was involved as the assistant coach two years running with the u16 National team during the victory shield campaign 2013 and 2014.

I scouted at Everton FC and I coached at Livingston FC s with players in the youth ranks such as James McCarthy now in Everton first team and Robert Snodgrass of Hull City (now both full international players), who were within my ranks. I was also head coach for two seasons at the Scottish University National team when we won the British championships back in the 1990s .

I have my level 5 Advanced Youth License, Advanced Children’s license and my B license up to A introductory level. Once I have experienced this course I will be considering my A and Pro license, dependent on where my work takes me.

I feel this course can provide me with the motivation and further knowledge to evolve my career and perhaps take me to new adventures I’m keen to explore in football. The opportunity to perhaps be selected as José Mourinho’s Interim is also an exciting prospect and would be a added bonus.

I already enjoy working in Portugal and Lisbon through my work with Benfica and I enjoy the culture and the football in Portugal.

I simply love football and its always been my passion.