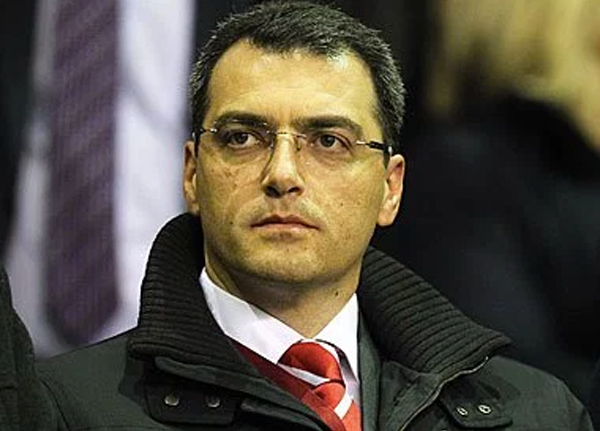 Damien Comolli started his coaching carreer as the U16 coach at AS Monaco. He then went to work in Japan where he coached the U18 team in Nagasaki.

In 1997 he joined Arsenal FC as european scout, working alongside A.Wenger.
He helped identified and recruit players such as T.Henry, R.Pires, K.Toure, G.Clichy, R. Van Persie, N.Kanu, during Arsenal FC most successful years.

In 2004 in joined AS St Etienne in France in his first job as Sporting Director at the age of 32. St Etienne had their most successful season in 20 years by finishing 6th.

In 2005 he was approached by Tottenham Hotspur FC to become their Sporting Director. He was responsible for recruiting players such as D.Berbatov, L.Modric and G.Bale. He also helped implementing a very successful youth development program which produced players such as H.Kane and R.Mason.

He also brought for the first time in football the use of statistics in order to improve  the club’s decision making in players recruitement and reduce the risk of mistakes. During his spell, the club qualified for the Europa League in every season for the first time in decades and won the League Cup

In 2008 in rejoined AS St Etienne as Sporting Director before joining Liverpool FC in 2010 as Director of Football. He was then responsible for bringing to the club players such as L.Suarez and J.Henderson and saw the club win their first trophy in many years by winning the League Cup and reaching the FA Cup Final.

Damien now works as a strategic consultant for PL and Championship clubs, specializing in players and coaching staff recruitement. He also advises tech companies which specialize in sports and the use of statistics. He is a speaker for leading sports conferences globally and for businesses as well as doing media work.